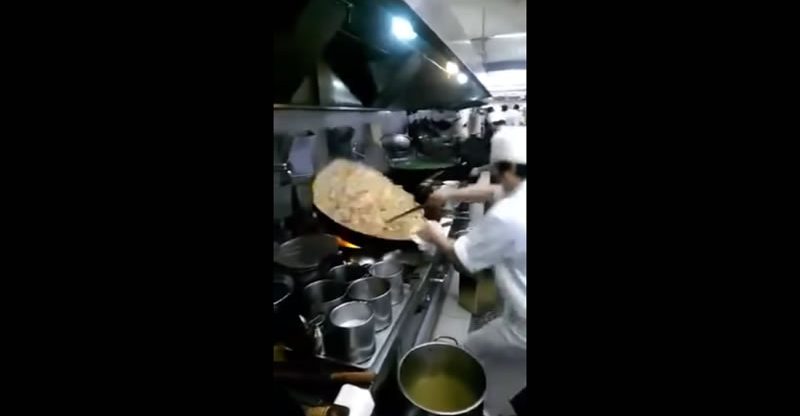 Ever thought about the day you might need to cook for 50 people? Well, unless you never want to host another party in your life, not for housewarming and not even for your kid’s birthday, then this may be the least of your worries.

Otherwise, it is a very realistic scenario you’ll eventually have to face. Sure, you can always call catering service to take care of things and they might even have “some” good menu ideas to choose from. But hey…the prices ain’t gonna be cheap and you know it!

How about cooking something simple for your your guests instead?

They are always a crowd pleaser and more importantly, the ingredients are not expensive. No where near the cost of hiring catering, that’s for sure!

Fried rice are also very easy to prepare, though I couldn’t exactly say the same about cooking them. Not after watching this guy anyway…

Take a look and you’ll know exactly what I mean.

You see, if you really want to cook fried rice for 50 people, then I suggest you better start learning some kung fu.

Yes they are closely related because the fundamental of kung fu is all in the stance, and this guy’s stance is amazing. Not to mention his arm strength, his wrist, his hips and the lower part of his body all combining into one style.

And the way he flips that giant wok ensuring every single grain of rice gets coated with flavors. Truly a master of….fried rice I’ll say!

Since we’re talking about kung fu…

I’ve always been a fanatic when it comes to martial arts. Ever since I was young, my favorite movies and cartoons would be about kung fu, karate, kick boxing and then of course, some ninja turtles too.

My favorite action movie stars has to to be Jean Claude Van Damme, Jacky Chan and Jet Li. The way they fought on the big screens can easily keep me fascinated for hours and hours. This is probably the reason why my parents decided to put me into kung fu lessons too.

Seriously, I was only 8 years old at the time and the same age when I first moved to Australia with my family. Back then it was a super boring country for me. I mean, I lost all of my friends, most of my favorite toys, and the the fact that I didn’t know much english at the time. You can pretty much guessed how hard it must have been for me.

Thankfully, there were kung fu lessons!

Not cooking, oh no…i never really had a passion in cooking until I became a parent.

You can forget about fried rice too, the only thing I knew how to cook was instant noodles. Boil some water, seasoning and noodles in, 3 mins…done! (Imagine Gordon Ramsay saying this LOL!)

Besides Nintendo (oh yes), kung fu was my second most loved hobby. I got to meet many new friends, people who actually spoke my native language. I also got to learn one of the most humble kung fu style, Pak Mei!

The Pak Mei style is nothing like Wing Chun (especially in popularity), but apparently my master once told me that we were wing chun’s most feared enemy.

But up until now, I still couldn’t verify whether that statement was true. I mean….I just never really fought anyone who knew wing chun, not full on anyway.

Here’s a clip on some Pak Mei techniques

The Similarity In Cooking & Kung Fu

To me, i find a spontaneous similarity between learning to cook and learning kung fu. It’s all about getting the “basics” right!

You first develop the basic skills, the “stance”, then you train on the techniques, the strength, and eventually the instinct, reflex and confidence will come naturally.

No joke, I found that out when I had my first real fight at school. I think I was year 4 at the time, about 9 years old and one day, I became a victim of bullying. Yes, I was probably the only 2 or 3 Asian in my school.

So I guess it was only a matter of time that some western kids will start picking on me due to my race. Now before I tell you this story, I just wanted to say that I absolutely HATE violence!

Serious! Learning kung fu was purely based on passion, love (just like cooking) and perhaps my parents wanted to give me the ability to defend myself…if that day really comes.

And that day came alright. 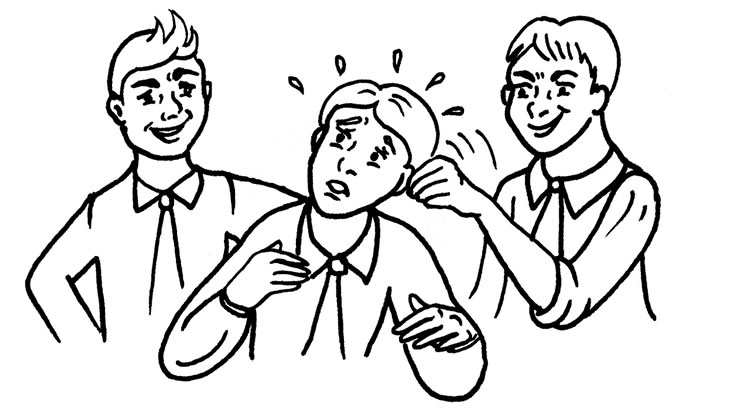 So 2 bullies decided to push me around after school, calling me names, daring me to fight back blah blah…

Little did they know that I already had 2 years of kung fu training under my belt. So I naturally developed some self defence instinct without even knowing it.

To be honest, I tried to back off because my master (we called him Si Fu) have always taught us to stay away from trouble. I took his every words to heart. Unfortunately the 2 Aussie kids weren’t letting me off easy.

They were both bigger than me, though I truly believed that I was the stronger one, at least in terms of punching and kicking power.

I mean come on, we punch and kick giant sand bags 2 times a week!

So after an array of verbal abuse, one of the kid decided to throw a punch at me. I blocked it without any hesitation. It wasn’t even a kung fu block, nothing fancy at all. Just a quick natural block I often seen in Jacky Chan movies. It just came naturally.

I stepped back and tried to warn him, literally begged him to stop. Though I could see that he was shocked from my quick reaction. He still followed through with another punch.

Again, out of natural reflex, i gave him a push kick straight to the gut (a direct kickboxing move one of my master’s son taught me). The bully landed on his face with both arms wrapped around his belly, growling in agonizing pain.

At that instant, my fighting mode fully clicked in and I was ready for a rumble. I really couldn’t care less if there were 10 people in front of me, but I wasn’t gonna die without trying!

I raised both hands in a fighting stance and shouted at the bully to stand back up, but I think he was done. I then looked straight at the other bully’s eyes and asked if he wanted some of me. Thankfully, he raised both of his hands, stepped back and said “We’re cool…”

Honestly, it was like a scene from a movie, the karate kid or something!

I really felt like a movie star that day.

Obviously after the adrenaline faded, I felt really bad for the other kid, the one I kicked. He didn’t come to school for a whole week. But funnily enough, I became really good friends with the other one. The other bully who wisely stood back…hehe!

I really don’t know if it’s a kids thing, but I became really popular in school ever since that day. Though I kinda enjoyed the kiddy fame, but truly wish that no other kids have to go through the same, no matter what race or nationality they are from.

There is NO one perfect technique! 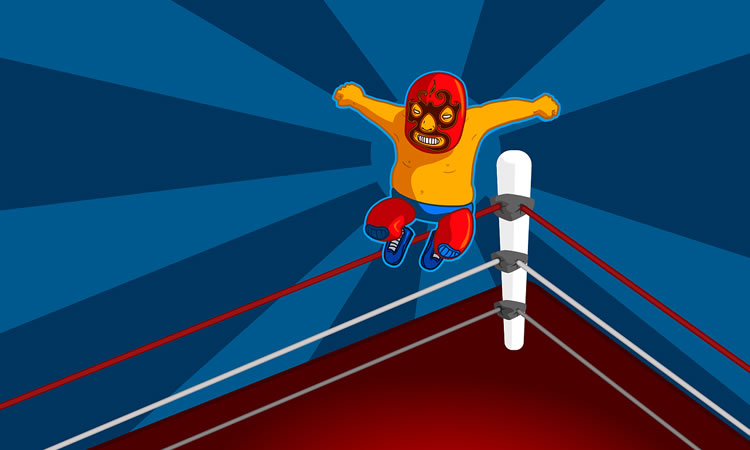 If there’s anything I learnt from my first fight. It has to be that there is NO one perfect technique for everyone. The truth is, all of us are different. We are all unique and that’s the beauty of it.

You see, in my first real street fight. Okay, maybe just a kiddy school fight, but the point is that NO kung fu moves mattered anymore.

The same moves that I’ve been training for 2 years, the same skill sets that I’ve been taught for encounters such as this. Well, they literally went out the window the moment I was attacked.

If anything, I was basically using the most direct fighting style I knew how, or my subconscious knew how. It was kickboxing moves that my master’s son taught us. Yes, he also teaches but likes to add some variety. I guess he also knew that when it comes to real fight. Direct hit is the best.

And my subconscious knew that too…

In saying that, kung fu definitely provided me with ALL the basic skills that I needed. All the reflexes, quick thinking, movements, power and precision all came directly from the art of kung fu.

Yes, kickboxing was just a tool for me and kung fu was my instinct of using that tool.

I found the same goes for cooking. Though very similar, but many people cook differently. For example, one may find that putting garlic in first enhances the flavor of the dish, while the other may add it half way etc.

Or one chef might hold his knife this way, while the other may not. At the end of the day, it’s all about getting the basics right. As long as the potatoes are cut in the shapes we wanted and that our fingers are perfectly safe.

As long as the dishes come out fragrant and delicious, so what if we put the onions in later!

You understand what I’m trying to say here??

Same goes for Kung Fu, Muay Thai, MMA or whatever, the whole point is to defend yourself and strike the opponent (if you really must) the best way you know how. It depends on the practitioner because everyone is unique. Some people are born to suit one style better than the other.

So no one can really say one style is superior over another!

Take Jamie Oliver and Gordon Ramsay for example, who is the better cook?

Who f**king cares! They both cook awesome food!

I really don’t know how this article got this long. I guess martial arts is just another passion of mine. So just like food, I can go on forever! (So consider yourself lucky I’m not writing another 1000 words..)

Back to the guy who was cooking that gigantic fried rice. You can easily tell that he’s had years of practice with the wok in the kitchen. He’s got all the basics right. Over time, stir frying and seasoning just came naturally to him. He doesn’t even have to think. 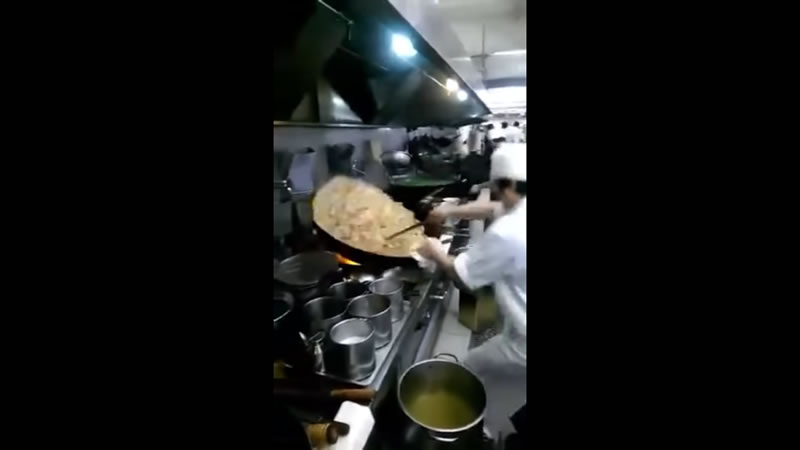 Of course, to cook that portion all in one go (I say that’ll easily feed 40 people) is crazy. But the key point here to take is that no matter how big your party is, no matter how many people you’re trying to cook for.

Get the basic skills right, everything else will come naturally. Portion size won’t be a thing to be afraid of anymore. It doesn’t matter if you’re cooking for 10 people, 20 people, 60 people or even 100 people!

Oh don’t get me wrong, I really love and enjoy cooking. But if I’m gonna start getting stress over it, then it may be not worth the trouble. You should know me by now, if the food isn’t great, I simply won’t serve it.

Plus, I want to have fun with the guests too!

I’m only human after all okay? 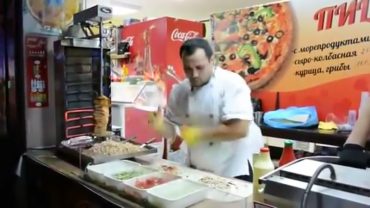